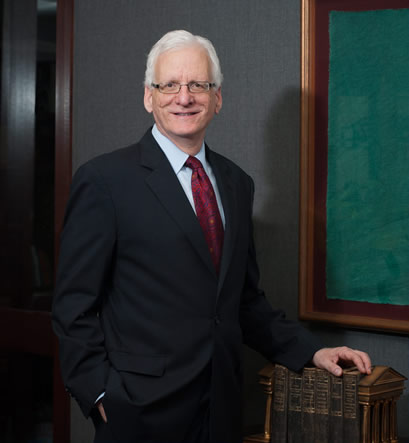 Get a Free Consultation

Richard Schechter formed The Law Office of Richard Schechter, P.C. in 1986, after six years in private practice. In his thirty-eight years of practice he has been responsible for developing and trying the full range of complex civil cases, including Jones Act and maritime litigation, FELA and other federal statutory claims, product liability and medical negligence cases, all types of personal injury cases, employment discrimination cases, and business disputes, including claims for fraud, tortious interference with contract and violations of the Texas Deceptive Trade Practices-Consumer Protection Act. During his career Richard has represented the full range of clients, from refinery and railroad workers, seamen and longshoremen to judges, oil exploration and refinery executives and bankers. He has started over 120 jury trials and tried over 80 to a verdict in federal courts in the Eastern and Southern Districts of Texas and Eastern and Western Districts of Louisiana, as well as in state district courts across Texas and in California. In addition to the cases he has tried, Richard has represented clients in state and federal courts across Texas, New Mexico and Louisiana. His clients have ranged from as far away as Europe, Asia, South America and across the United States to as close as Houston, Galveston and Beaumont. In addition to his trial work, Richard has also handled numerous appeals, including two before the Texas Supreme Court and one before the Fifth Circuit en banc, in addition to having served as a law clerk for The Honorable Sam Johnson, Judge of the United States Court of Appeals for the Fifth Circuit. His knowledge of the law is highly respected, and he has served as an adjunct professor of Admiralty and Maritime Law, spoken to lawyers around the United States about both the law and trial strategies and testified before committees of both the United States House of Representatives and Senate regarding pending legislation. Richard Schechter has been selected as a Texas SuperLawyer® every year since the award was initiated by Law & Politics (now a Thomson Reuters service).