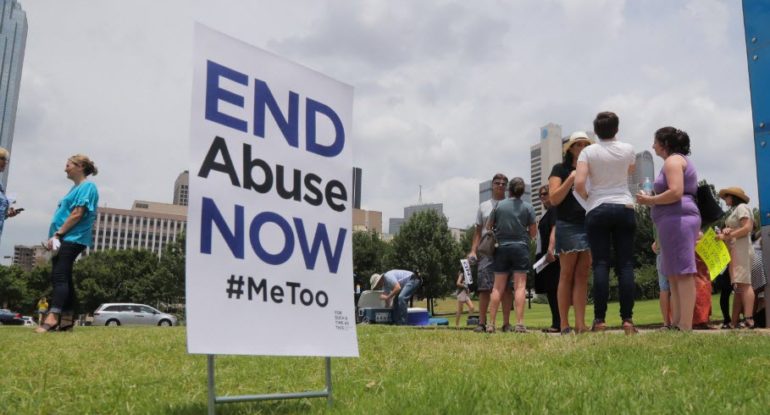 It has recently come to light that Southern Baptist churches have engaged in a pattern of deception and denial of widespread sexual abuse by their leaders and volunteers. Since 1998, some 380 Southern Baptist church workers and volunteers have been convicted, credibly accused, successfully sued, or confessed to sexual assault allegations. According to the Houston Chronicle, more of those predators worked in Texas churches than in any other state.

Because Southern Baptist churches don’t have a centralized system for handling sexual abuse allegations, predatory church leaders can easily move from church to church and escape scrutiny that might exist in other organizations. Some registered sex offenders continue to hold positions within the church, including a Houston preacher who sexually assaulted a teenager and now heads a nonprofit working with students, ironically named Touching the Future Today Inc.

The Most Abusive Abuse

Sexual predators silence their victims in many ways, but one of the most abusive tools is to make the victim complicit in the abuse. Guilt by association silences the victim.

Sexual assault perpetrated by a trusted church leader causes long-term damage to the victim beyond that most often associated with sexual assault. Harvey Rosenstock, a Houston psychiatrist who works with sexual assault victims, claims that sexual abuse by a clergy member can cause victims to associate faith or authority with the betrayal they experienced at the hands of God’s spokesperson. The loss of one’s religion is devastating to a victim trying to recover from sexual abuse at a time when they need their faith more than ever.

Because a low percentage of sexual assault victims blow the whistle and many sexual assault cases in churches are handled internally, who could blame a victim for believing they’re the only one? If you have been sexually assaulted by a church leader, you are not alone. The Houston Chronicle has confirmed about 220 SBC officials have either been convicted or entered plea deals for sex crimes.

Sexual predators don’t just groom their victims, they groom the entire community. This is why so many victims confide years later that they never reported the abuse: because they feared that no one would believe them. Predators need a solid safety net of friends and allies to deny the abuse was possible. If sexual predators looked like monsters, they wouldn’t succeed for long.

Why Didn’t You Speak Up Before?

With the #MeToo movement and sexual assault allegations against powerful men has come an outpouring of public confessions by sexual assault victims. People question the veracity of a sexual assault allegation many years later because they can’t believe a victim of such horrendous violence would stay silent for so long. Yet over and over victims have claimed that the reason they didn’t speak up at the time was the fear that nobody would believe them. After experiencing the anguish and humiliation associated with the sexual abuse they endured, they could not bear the possibility that others might doubt their story. So they suffered in silence.

In a “don’t kill the messenger” sense, sexual assault victims also report that they fear disappointing or angering the community by outing a predator beloved by others in the community. When the truth comes out about an abuser, everyone loses that relationship. And nobody wants to be that messenger.

That your pastor or youth minister or sunday school teacher molested you is a devastating revelation and quite possibly the most shocking news a parent can hear. A typical response from a loved one is denial because if it’s true, they feel like they failed you. It takes time for the news to sink in, and when it does, your loved ones will grieve for you and for themselves. This can all be too much to bear for someone who is already overwhelmed by the abuse they have endured.

What You Can Do To Move On

Churches have a duty to screen the officials they hire to ensure they don’t prey on vulnerable church members. When they fail to do so, they are liable for the consequences.

We believe you. We share your outrage that a church leader exploited your trust and undermined your faith. If you have been a victim of sexual assault by a church leader, we are here to help guide you through the healing process. Our legal team is trained to compassionately and confidentially handle your case and to get you the recovery you deserve. Call the Law Office of Richard Schechter today for a free and confidential case evaluation.